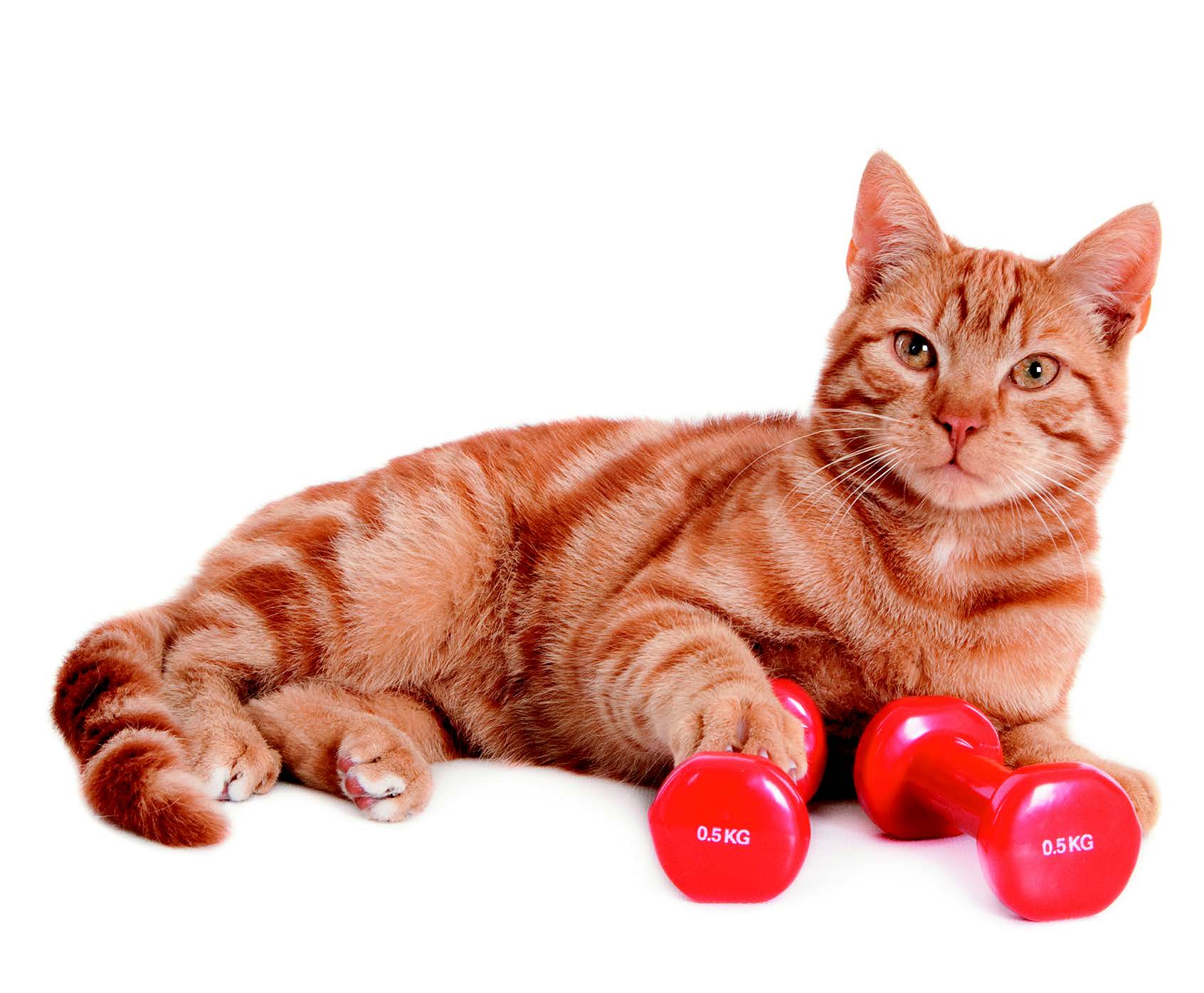 Felines are built to excel in athletic pur­suits. Their superiority in speed, precision and flexibility are only matched by their remarkable ability to sleep 12 to 16 hours a day. There are no gold medals in sleeping, although cats are certain there’s a loophole in the World Feline Bylaws — they’re just not motivated enough to locate it.

The goal of ice hockey is to move the puck across the ice and shoot it into the opposing team’s net. Who’s more naturally gifted with these skills than a cat? Have you ever seen a kitty effortlessly bat a toy across the room? Their paws are quick, and they have remarkable control of objects. And if you question whether or not they’d be high scorers, just check underneath your sofa and refrigerator. Goal! Also, cats look forward to sitting inside the penalty box.

All that “rolling around on the floor with another cat” thing makes a feline the perfect wrestling athlete. They’re agile, persistent and love a good tumble. They don’t even have to wrestle with another cat — they’re quite happy rumbling with and pinning their favorite toy. In fact, they may like the toy better because they always win.

If you’ve ever experienced cat “zoomies,” you’ll agree that kitties sprint like nobody’s business. They can make it from one end of the house to another in no time flat — you won’t even have time to pull out your stopwatch. Oh, and we’re fairly certain their overly puffed tail and occasional vocalizations while sprinting only fuel their athletic fire.

High jumpers Cats have powerful back legs that help them make giant leaps from the floor to the kitchen count­er and various other (sometimes off-limits) locations. We’re pretty sure Olympic athletes watch cat videos as part of their training.

Sometimes our little felines resemble gazelles, moving through the house with graceful speed and bounding leaps over obstacles in their way. Like athletic hurdlers, their jumps seem effortless as they make their way over chairs, trash cans, and even us. The only thing that may stop a hurdling cat in his tracks is food – or a moth.

Cats are born with paws of lightning, and their aim is flawless. Watching two cats throw punches at one another is not unlike having a VIP seat at a Vegas boxing match. Not all cats enjoy this type of sport, though, and prefer the less athletic “boxing” quick movements that involves curling up inside a cardboard box. All kitties are highly proficient in this type of “sport.”

When cats wake up from a snooze, they lengthen their bodies into mega stretches before moving on to the next activity. Their expert stretching regimen keeps their bodies lithe and flexible. Plus, who’s got better balance than a cat? The balance beam would be a cakewalk! And we’ve all experienced their majestic floor routines while following a feather-tipped want toy. We may have even witnessed the inadvertent vault maneuver as our kitties jump and miss their mark – and then pretend they “meant to do that”.

Some martial arts require extreme focus and quick movements. If you’ve ever watched two cats facing off, you’ve seen the “paw raised to smack, yet frozen in time” look while making concentrated eye contact with their opponent. They sometimes remain in that position for a while, creating anticipation for all who are watching. Then, suddenly, the paw strikes and the action continues – until the next cliff-hanger of a moment. Wax on, wax off, kitties – wax on, wax off.

Angie Bailey, an award-winning writer, podcaster and humorist, is the author of ‘Texts From Mittens’ and creator of the ‘Paws Rewind: Gen X + Cats’ podcast.

A few years ago, the novelist Margaret Atwood decided to write about cats. Her revered bibliography includes The Handmaid’s Tale — a dystopian book that became a hit TV series — but for her new project, she embraced the medium of graphic novels. Collaborating with the illustrator Johnnie Christmas, she crafted 2016’s Angel Catbird, which...

Blue Bell Foundation for Cats The Blue Bell Foundation for Cats nestles on the green hillside on the winding Laguna Canyon Road in Laguna Beach, California. It can accommodate 60 residents and offers care to senior felines in a tranquil, forever-home setting thanks to animal lover Bertha Yergat, who founded the organization and willed her beautiful...