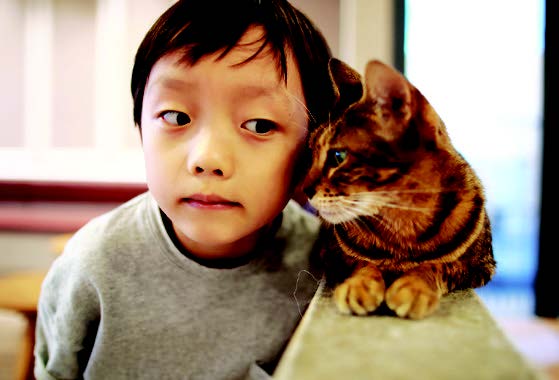 Cat adoption is associated with greater empathy and less separation anxiety for autistic children, according to a study published online in December in the Journal of Pediatric Nursing.

The study, which was the first randomized controlled trial of cat adoption in families of children with autism spectrum disorders, was funded by the Human Animal Bond Research Institute (HABRI) and the Winn Feline Foundation and was led by researchers from the University of Missouri.

Cat adoption was also associated with fewer problem behaviors in autistic children. Shelter cats were temperament screened to identify a calm temperament prior to adoption.

It’s a bunny! It’s a lynx! It’s a Munchkin! Wrong, wrong and wrong. The cat you are currently laying eyes on is, in fact, a Toybob — a seemingly perma-kitten with a kink in his tail, an owl-like gaze and a pint-sized physique. A Breed Of His Own His kinked, bobbed tail, diminutive size and...

Your cat pees on your bed. She leaves tootsie rolls just outside the litter box. Or, you see the urine on your pile of fresh, clean clothes. What’s happening? Is kitty mad at you? The answer is no. Might be a medical issue According to Dr. Carlo Siracusa, director of Ryan Hospital’s Companion Behavior Medicine...