Go Back to Shop All CategoriesCat BlogDog Blog
HomeBlogCat BlogWhat Are Cat Zoomies? And Why Do Cats Get the

What Are Cat Zoomies? And Why Do Cats Get the 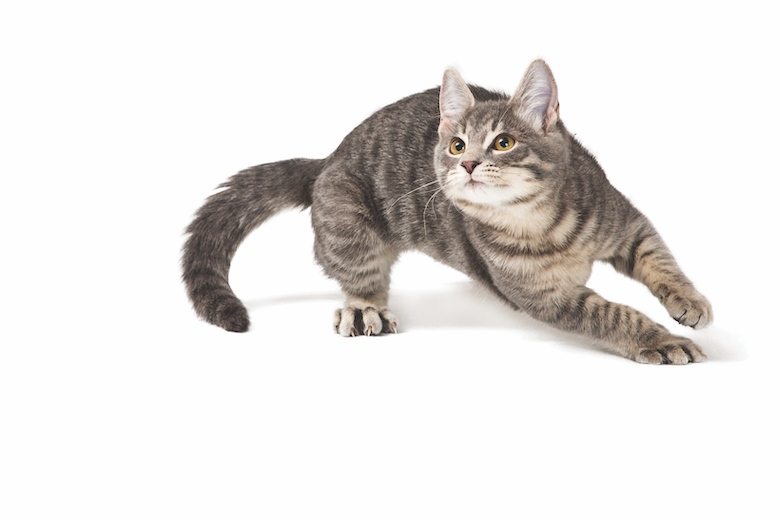 You might think your cat is going crazy. With a wild look in her eyes, she zooms around the house at speeds you didn’t know she was capable of. If you have stairs, she runs up and down them several times. She jumps on and off of furniture and over other pets. She may twirl in circles chasing her tail. Even the most docile lap cat can exude this explosive energy.

The scientific name for this common feline behavior is frenetic random activity periods (FRAPs), more commonly called cat zoomies. It usually lasts for just a few minutes, and it may hit at around the same time each day. As cats age, these energy bursts may get shorter and less frequent.

“Zooming, not to be confused with the major communication method of the COVID-19 era, is most likely to occur in young and indoor-only cats,” says Dr. Gary D. Norsworthy, owner of the Alamo Feline Health Center in San Antonio, Texas.

For young and indoor-only cats, zooming is a form of exercise. “Young cats, like young people, have lots of energy that needs to be released,” Dr. Norsworthy says. “Zooming is a way of doing that and should be seen in a positive light.”

Related: How to Make Your Cat Your Workout Buddy

Dr. Norsworthy observes that indoor-only cats often reside in relatively small housing and often with several other cats. “They just simply need an opportunity to exercise and exert themselves.”

Cats tend to get more anaerobic exercise than aerobic exercise. Anaerobic exercise requires explosive energy bursts for short time periods. A cheetah, for example, can sprint from zero to 60 miles per hour in three seconds but sustains that speed for less than a minute. Felines, from lions to housecats, expend bursts of energy for short periods to hunt. Whether or not they capture their prey, their activity level slows down after just a few minutes. Domestic cats go from zero to roughly 30 miles per hour and then back to zero routinely. And then they sleep for roughly 16 hours each day.

In general, humans engage in more aerobic activity. When exercising, we tend to choose activity we can sustain for 20, 30 or 60 minutes. And our activities throughout the day generally do not require explosive energy bursts but levels we can sustain for most of day. We take some transition time when we wake up and usually wind down with relaxing activities before we go to sleep. Humans sleep about half the time cats sleep.

Exercise, whether aerobic or anaerobic, is vital for good health for people and pets and a good way to diminish stress and burn off excess energy. When cats zoom frequently, they may simply need more exercise. Providing daily playtime with interactive toys is a great way to satisfy their need for exercise and may prevent excessive zooming. If the zoomies hit at night and disrupt your sleep, increase playtime during the day.

Other reasons for cat zoomies

If zooming is still excessive and regular playtime doesn’t help, take your cat to the vet to check for an underlying health condition.

“Zooming can also be caused by a skin condition known as hyperesthesia,” Dr. Norsworthy says. “The cause of this is unknown, but it results in a tingling sensation in the skin. It may result in a sudden burst of tingling along the spine; thus, it is often called ‘ripple back.’ When these sensations occur, the cat is startled and tries to run away from them. This can result in similar behavior that we call zooming.”

If your cat zooms out of the litter box, take her to the vet to rule out health problems that cause pain while urinating or defecating. Also make sure the box is clean and scooped daily.

4 Ways the Cat Butt Can Give You a Bigger

What do a bunch of cat veterinarians talk about when they’re hanging out at a party together? Cat poop, of course, says Dr. Jean Hofve, holistic veterinarian, author, and founder of the site Little Big Cat. Why? Because the state of a cat’s poop is one of the fastest ways to help determine what might...

Looking for something fun to put in your cat’s Easter basket? These bunny-inspired carrot toys are full of catnip — and they’re really easy to make! What you’ll need: Felt — orange and green Coordinating thread Water-soluble fabric pen Scissors Pinking shears Fiber fill Catnip How to make the catnip toys Fold the felt in... 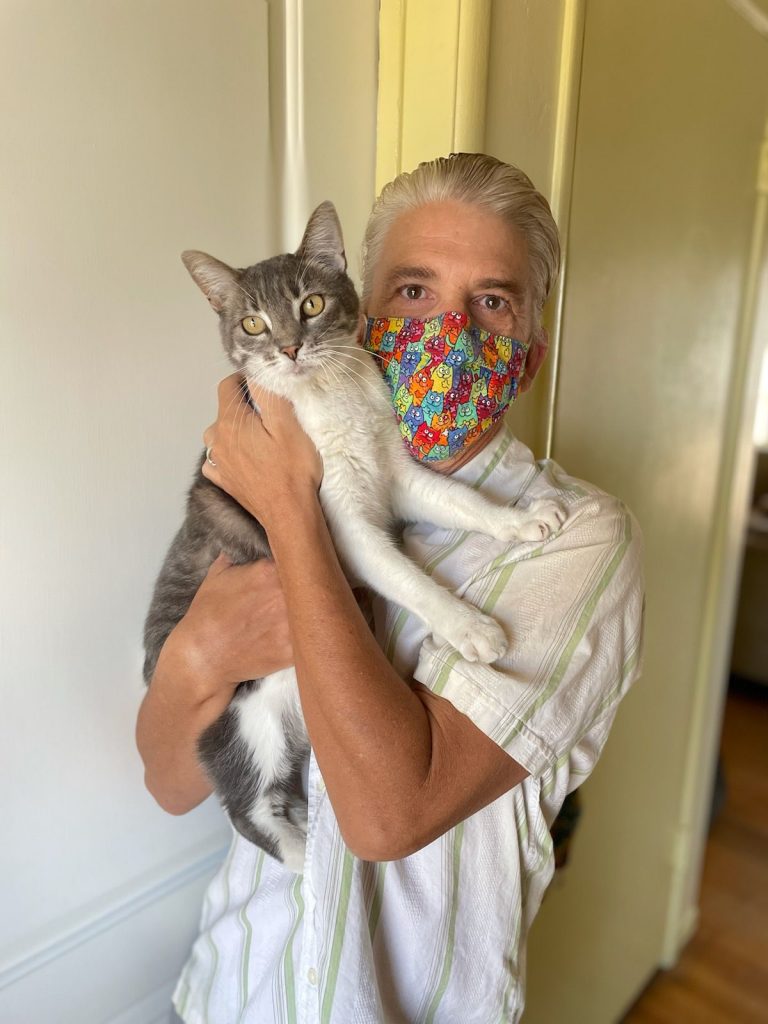 Coronavirus and Cats: What Cat Owners Need to Know About

Even though millions of Americans are vaccinated for COVID-19, the virus, breakthrough cases, and outbreaks continue to dominate news headlines. Each day scientists and medical experts learn more about the coronavirus, including how it can affect your cat. Catster did some digging, and here’s the latest information you need to... 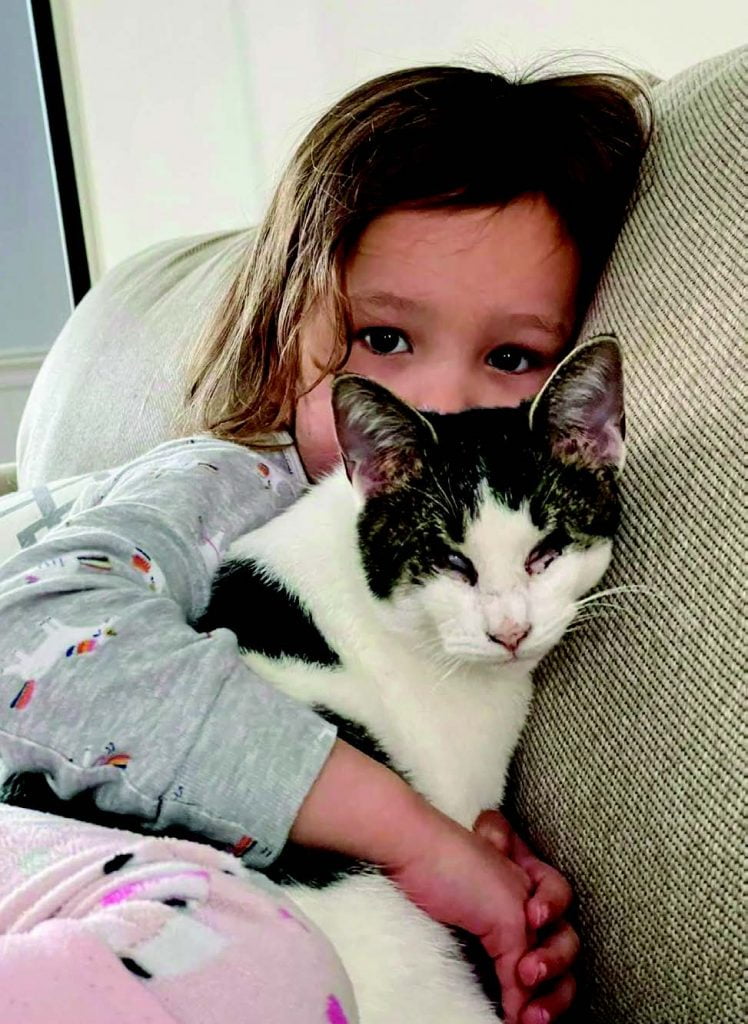 There’s much more to adoption than just getting a cat out of a shelter and into a home. The mission of Rock N’ Rescue is to go that extra mile to ensure that the cat truly finds a forever home with people who love and appreciate her and can benefit... 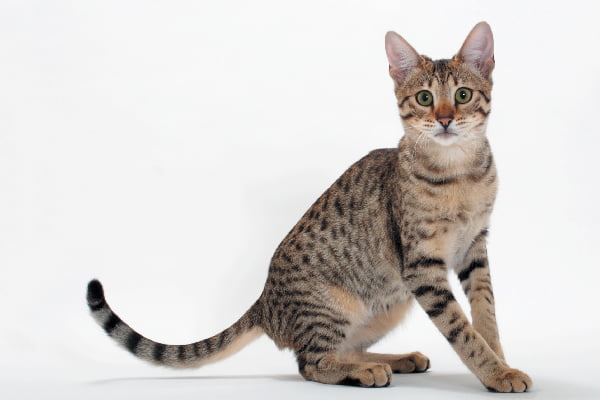 The Savannah has a captivating exotic look. Individuals are sleek and tall with a golden to orange, black-spotted and striped velvety coat. They have a triangular shaped head with large, high set ears. Their weight can vary from approximately 8 to 25 lbs., often depending on the percentage of Serval...